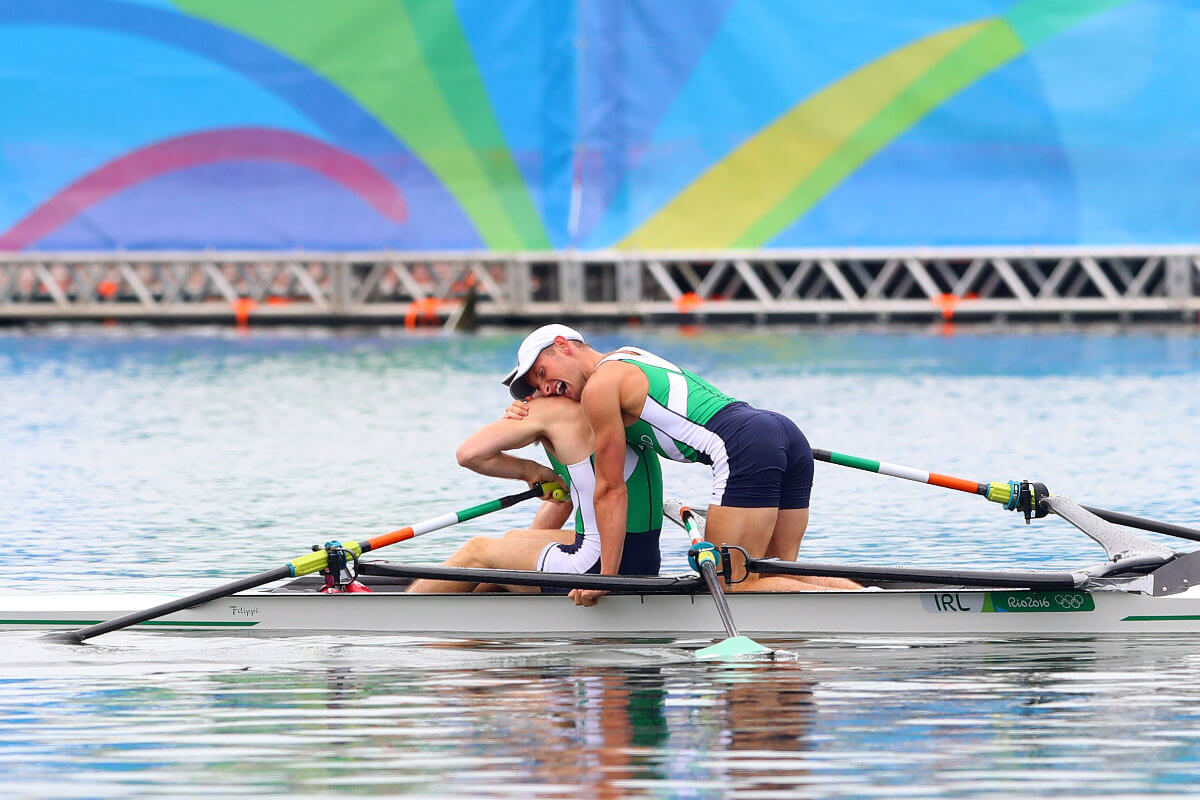 In August 2016 Gary and Paul O’Donovan, two young rowers from West Cork, came from nowhere to become household names after bolting their way to silver medal success at the Rio Olympics.

Not only did they become the first ever Irish rowers to bring home Olympic medals but within a week Paul also went on to become the fastest singles lightweight rower on the planet by winning gold at the World Championships. With catch phrases like ‘Pull Like A Dog’ and ‘Shteak and Shpuds’ these two young men have succeeded in warming the hearts of a nation.

This special one-hour documentary follows the O’Donovan brothers as they return to their parish of Lisheen and Skibbereen rowing club in the aftermath of their success.

We spend time in their home, on the beautiful river Ilen and inside their small club, which this year became the most successful club in Irish rowing history. While getting to know Paul (22) and Gary (23) we get a glimpse inside this minority sport and an understanding as to what it takes to achieve such success on water.

Our story starts in Cork airport as Gary & Paul return after Olympic and World Championship success to a huge manic reception and the realisation that life has changed for these two ordinary, yet extraordinary brothers.

Inspiring stuff. Packed with comedy moments while a fascinating look into how the O’Donovan Brothers deal with pain. Another outstanding documentary from RTE.

One of the most revealing and insightful portraits of any athletes in years.