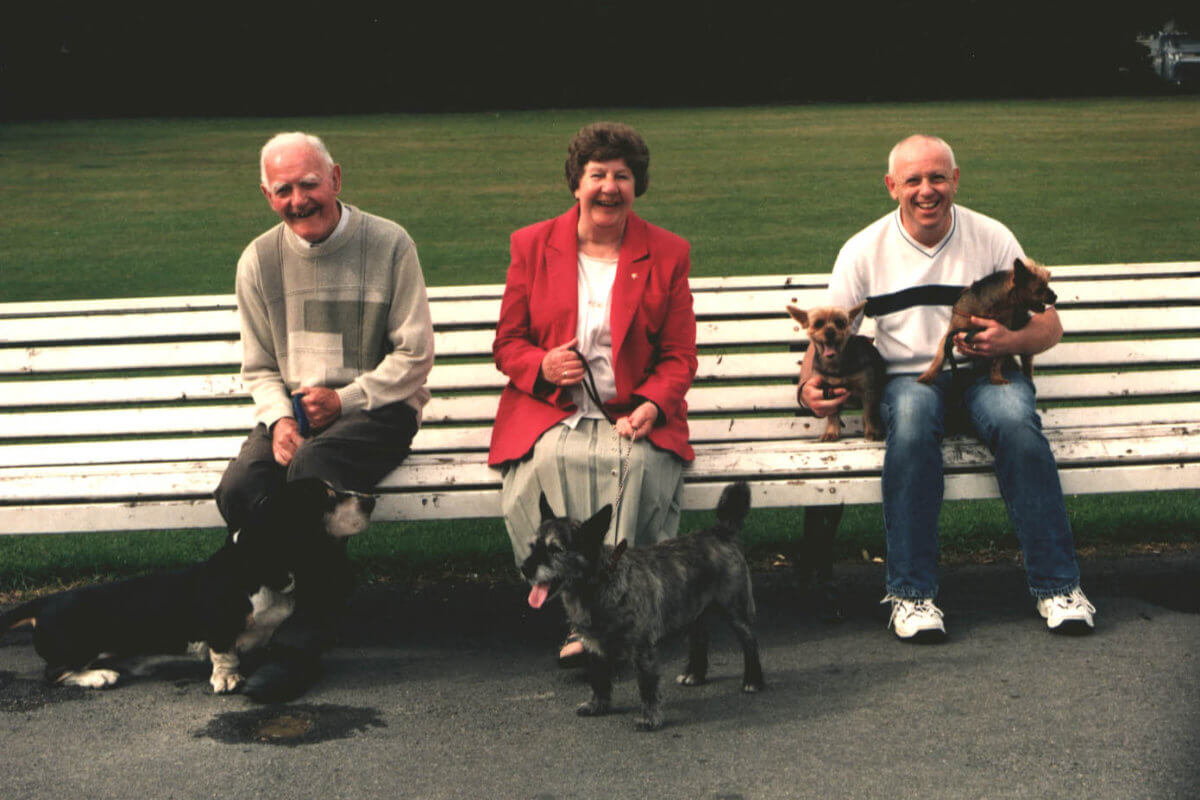 This film spends time with three very different characters who live on the edge of Dublin’s Phoenix Park, the largest walled urban park in Europe. Filmed in July 2003 we get a glimpse into the lives of these colourful people capturing their unique relationships with their four legged friends.

We meet: 80 year old Willie Moore and his beloved Basset Hound, Arthur who suffers from epilepsy. Alice is in her 70’s and spends most of her day giving out about Rocky her Cairn Terrier, who never ever does what he’s told. And Johnny Wolfe who prefers dogs to humans and loves to pamper his Yorkshire Terriers.

It’s a film about love and compassion. A gorgeous documentary.

A gorgeous documentary. It’s a film about love and companionship. It’s a simple idea, which results in an entertaining and sometimes hilarious program.

A Simple idea, cleverly executed. The programme is funny and moving and definitely worth taking for a walk.