TUKDAM: A Question of Life and Death 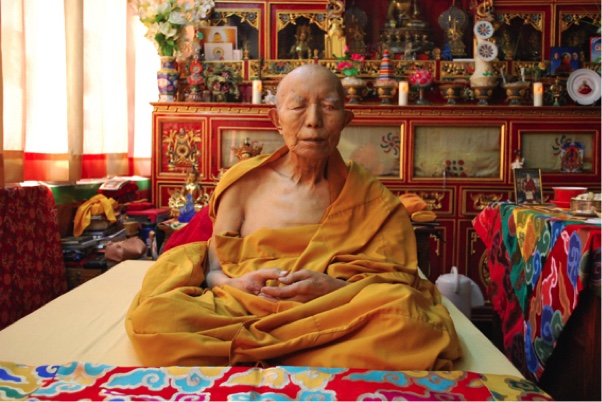 This is a film about life and death, and where we draw the line between them. We look at such fundamental questions through the focal point of a Tibetan Buddhist tradition of dying that blurs life and death to an unprecedented degree. In what Tibetans call “tukdam”, meditators die in a consciously controlled manner in meditation. Though declared clinically dead, they stay sitting upright in meditation; remarkably, their bodies remain fresh and lifelike, without any signs of decay for days, sometimes weeks after clinical death.

What is going on here? These deaths present a mystery that the documentary tries to unravel. The film’s arc takes us from the Tibetan world where we first encounter tukdam, to modern hospitals (where such deaths also occur), and finally deeper into modern medicalized dying and the science of death, as we seek to understand tukdam and the big questions this opens up.

This arc from East to West unfolds through dramatic death stories, told by witnesses impacted by their encounters with these extraordinary deaths. The film will thus have an episodic structure, with each death story building on the others. We first encounter tukdam through the eyes of U.S. embalmer Vanessa Lopez, who is called to inspect and later embalm a Tibetan lama (religious teacher) in Kathmandu. In her work in New York City, she has seen thousands of deaths from all walks of life, and cultural- religious traditions – yet none like this. The next story is told by a young Tibetan woman Konchok, whose father died in tukdam. This prompts her to question modern hospital dying that she deals with in her job as an intensive care nurse in Delhi, and to reflect on what is a good death. Moving West and deeper into a modern medical setting, we have the tukdam death of a high lama in a U.S. hospital near Chicago. This brings us into medicalized dying, the science of death, and scientific attempts to grapple with tukdam, a phenomenon that has been unknown to science until recently.

Thus what starts out as an investigation of an exotic Tibetan way of dying brings us back to face our own understandings of death, and ways of dying. The deeper we go into the science of death, the more blurry we find this to be; disturbingly, there is no scientific consensus on what constitutes death, brain death, consciousness or personhood. This feature documentary will challenge our assumptions on dying, and upset popular ideas of death as something clear-cut. And, it will make us see the way we die in hospitals in the modern West as something just as strange as the far-off deaths of Tibetan meditators.

We have unprecedented access to the culturally and religiously sensitive phenomenon of tukdam through the support of Tibetan spiritual leaders the Dalai Lama and the 17th Karmapa Ogyen Trinley Dorje (widely seen as next in line after the Dalai Lama), who has promised to refer us to special tukdam cases as they occur. So in addition to the death stories described, the real-time unfolding of a tukdam filmed by us may form the centrepiece of the film.