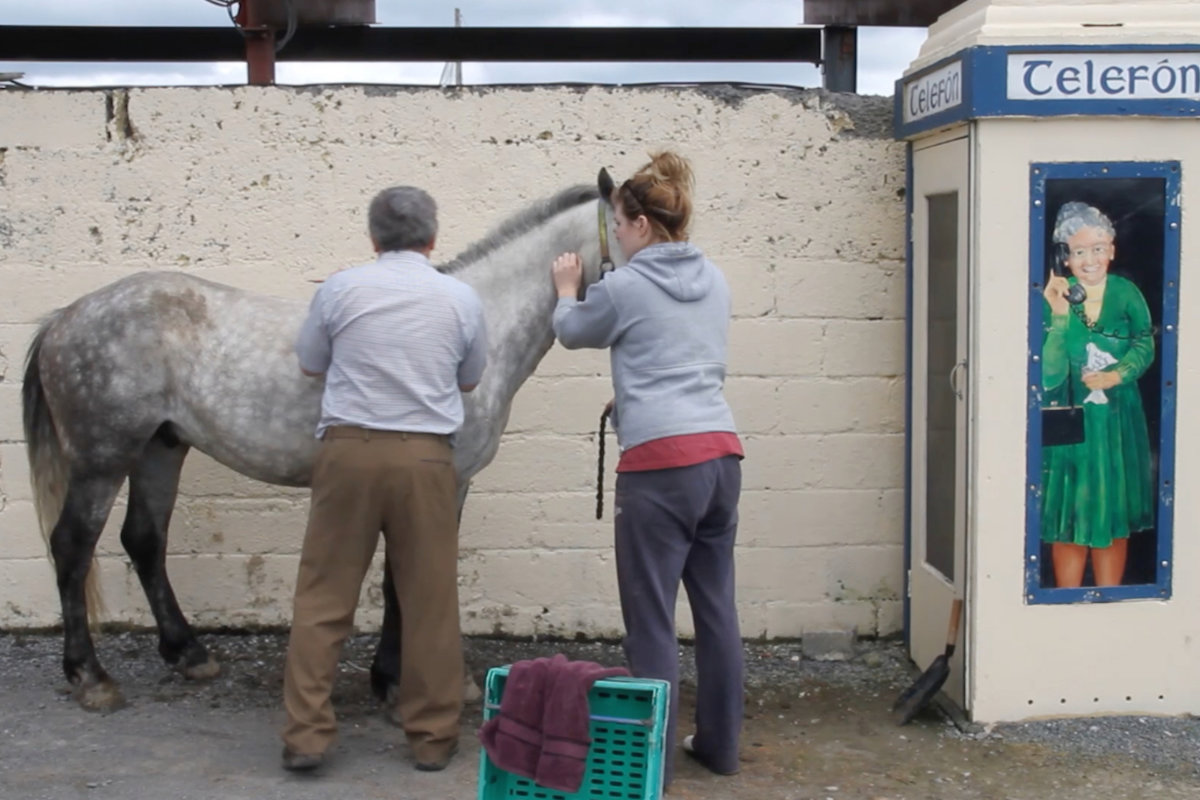 They say there are only two stories worth telling: a person goes on a journey or a stranger comes to town. This film is about a stranger who comes to make a film in the small town of Gort in the West of Ireland, and the people she meets when she holds auditions. Together, they go on a cinematic journey to explore their waking and dreaming lives. Featuring a cast of migrant workers, hippies, Travellers, blow-ins and newly arrived refugees, we are ushered into the private worlds of people living between two cultures, sharing their desires of longing and belonging.

“I came from under the truck” says Hamid “I got off in Dublin and I asked someone “where am I?” and they showed me to the refugee place … I am crying, crying, crying, sometimes I think it’s better if I kill myself.”

“I was only 15 when I realised I was gay. I’d already had my daughter Mary by then” says Rosa, who came to Ireland for a year to save money to open her own pizzeria in Brasil, and has been here ten years.

“What I miss about Syria” says Elham, recently arrived through a refugee resettlement programme, “is when I’m sleeping in the morning my mum used to wake me up, make me coffee and it was our time. I miss these moments they never leave my head.”

“I’ve never been to bloody Ireland” recounts new age hippy Ralf from England, “I said to my girlfriend ‘I’ll be back in three weeks.’ That was 17 years ago. Do you think she’s still waiting for me? She must have boiled the kettle a thousand times.”

These tales were inspired by an open invitation from film-maker O’Brien to reveal a dream, a lie, a memory or a piece of gossip. As the volunteers settle into the audition armchair, a blend of travellers, migrant workers, hippies, blow-ins and newly arrived refugees, we are ushered into their private worlds, sharing their desires and dreams.

Funded by the Arts Council of Ireland

Written and directed by Treasa O’Brien