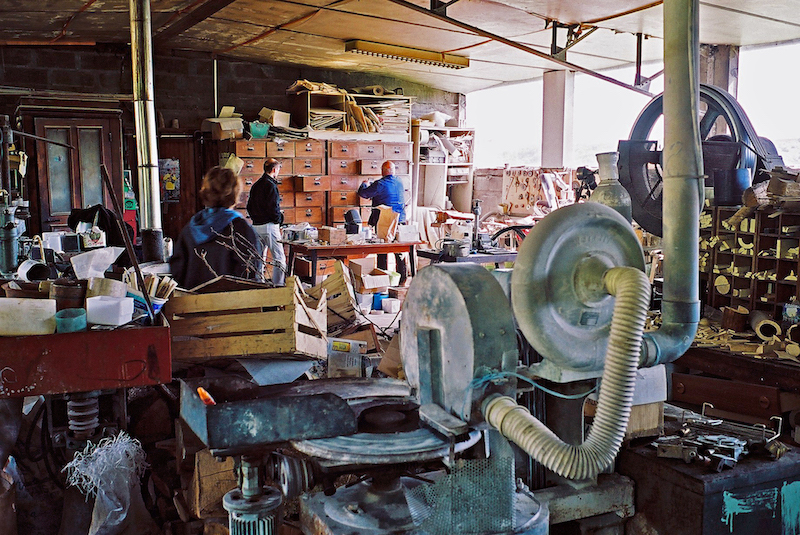 What do pernambuco trees from the forests of Brazil, ebony from the jungles of Cambodia, mother of pearl from the Brittany coast, lizard skin, silk from a worm, gold, silver, tusks of the woolly mammoth and hair from the tail of a Mongolian pony have in common? This film follows the journey of these seemingly unrelated materials, from their habitats and harvesting in far corners of the world, the processes of refinement they undergo, their collection by a master craftsman in fascinating establishments in Paris, to his crafting of them together into a top class violin bow and, ultimately, to that bow transforming physical matter into ethereal music composed for this film, played by a virtuoso to a live audience.

Along the way we enter briefly into the lives of many interesting characters involved with those materials, people who, initially, seem to have nothing in common other than that they each contribute in their own way to the making of the bow. But do they really not? Whether in Brazil, the arctic or Asia, man’s complex and increasingly tenuous relationship with the natural environment, and how he must attend to it, will emerge as a major concern everywhere. The film will weave lyrically from disparate, remote locations worldwide, to old-world establishments in France and Britain, where top Irish bow-maker, Gary Leahy, goes to collect materials, and in and out of his quiet workshop in the highlands of Mayo in the west of Ireland, as he fashions, by hand, in a manner handed down unchanged through generations, the materials we have followed from their sources into a violin bow. On this journey we learn much about the need to protect the natural world, about the great traditions of instrument making, about the importance of the bow to music.

That bow is finally handed over to a virtuoso and the music begins.

This film is for lovers of cinema, music, natural history, craftsmanship and much else – the bow is but a metaphor of man’s genius with nature’s bounty.