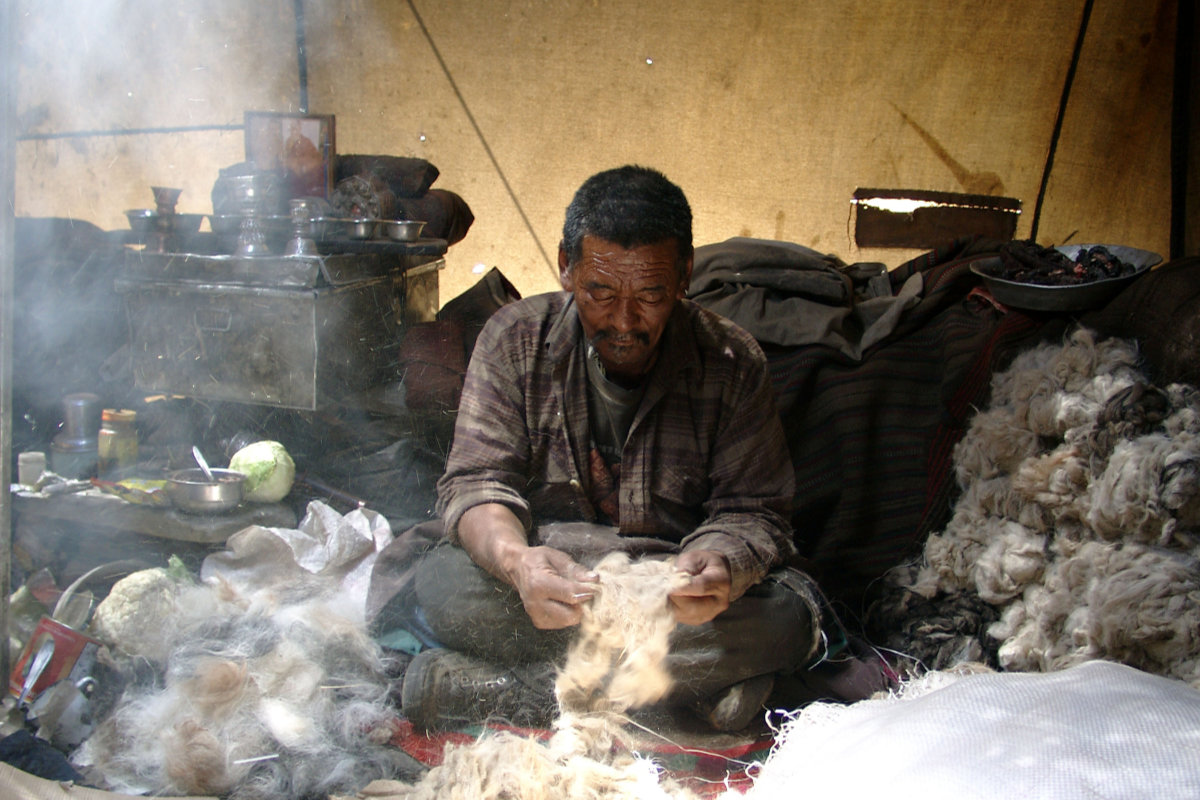 Stone Pastures tells the story of a nomadic family living on the Himalayan plateau of Chantang, Ladakh. In this high altitude cold desert, the most inhospitable of environments, father Sonam, mother Phuntsok, old uncle Tsewang, and the boys Padma and Kunsang struggle rearing pashmina goats. This struggle contains a paradox: Ladakh’s gritty, rocky conditions give rise to the finest of materials, pashmina wool. Produced by the nomads’ goats as a warm undercoat, this is the raw material for luxurious Kashmiri shawls, and the family’s only source of income.

The film follows the family through the seasons in the context of their livelihood. Aspiring towards a more comfortable settled life, we find Ladakh’s nomads in a state of transition, between traditional life and modern ways. In Stone Pastures, this transition is seen mainly through the eyes of the family’s sons Kunsang and Padma, as they move away from the life of his ancestors, traveling between the high plateau and boarding school in Leh, Ladakh’s capital.