School No.1 – A Mission to Beslan 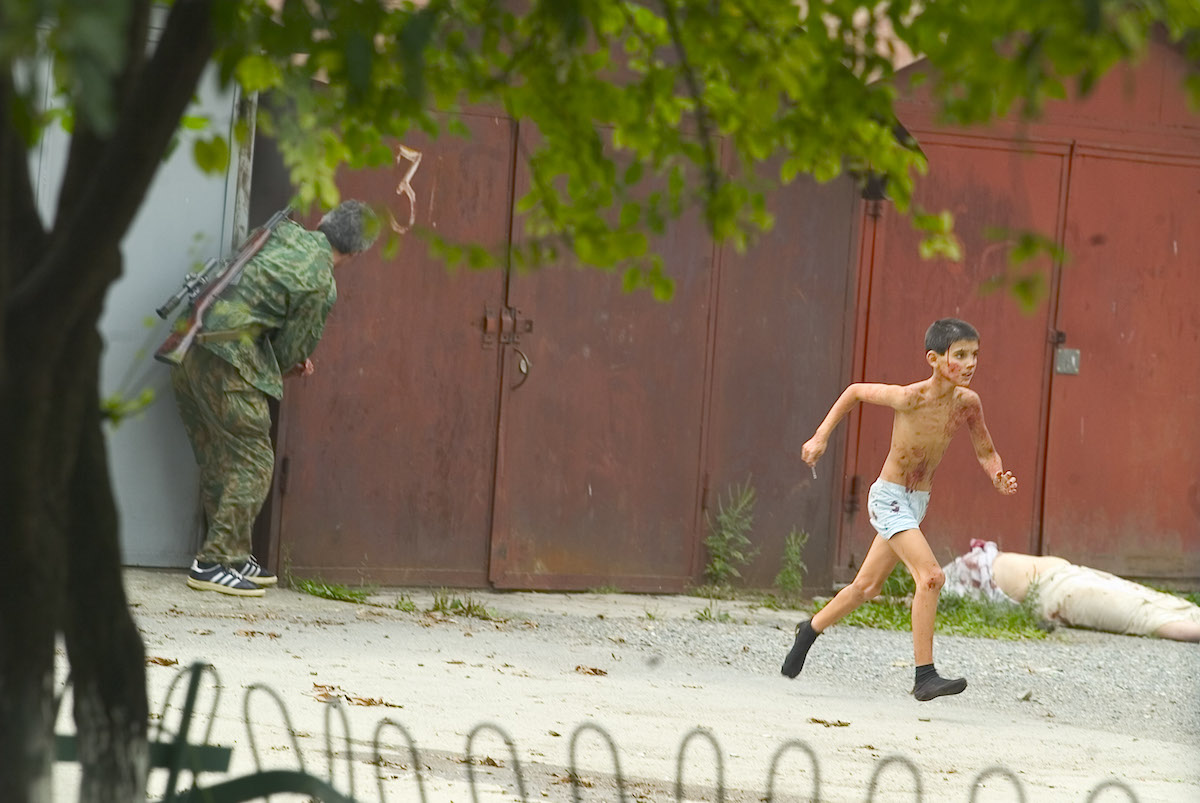 On 1st September 2004, the children, teachers and parents from School No 1 in the small Russian town of Beslan were busy celebrating “the first bell” their first day back to school. This is the biggest day in the school calendar when the newest pupils are welcomed to school life. As the celebrations began the unimaginable happened. Chechen extremists in military uniforms invaded the school and held the 1300 people hostage. Three days later the siege ended in bloody disaster with over 340 people dead, of which 140 were children.

40 days later as the citizens of Beslan were just emerging from their traditional period of mourning a documentary film crew travelled to this small town in southern Russia. They were with Irish woman Debbie Deegan whose charity ‘To Russia With Love’ had raised half a million euros in four weeks. The purpose of her visit was to figure out the best way to spend these donations and also bring books of condolences from the people of Ireland to the people of Beslan.

This raw and compelling documentary meets teachers, parents and children who are slowly coming to terms with a massacre, which ripped this small tight community to pieces.