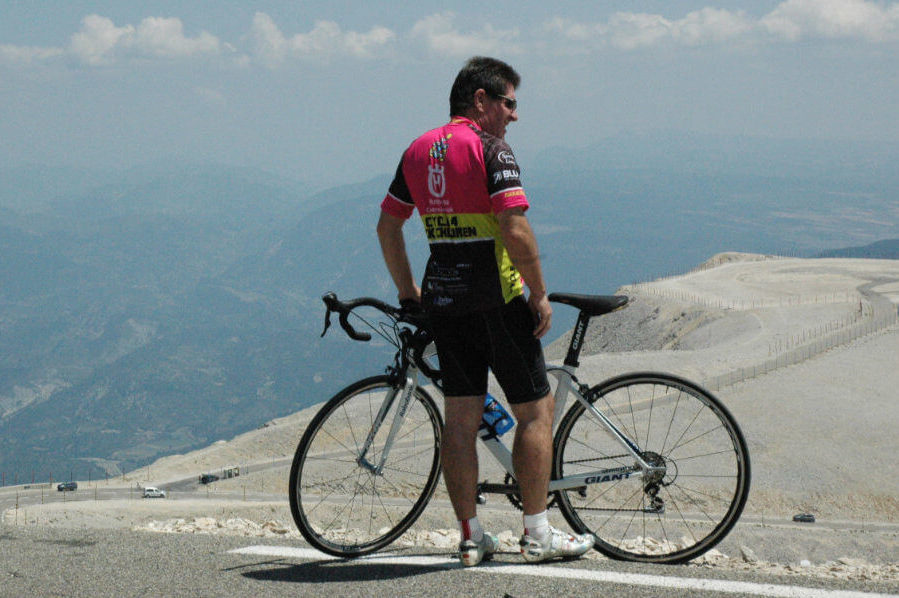 Irish man Paul Kimmage has baggage, lots of baggage, which he carries around on his broad shoulders. This former professional athlete, who went onto become a multi-award winning journalist, has a reputation for shooting from the hip especially when the issues of cycling and doping are up for discussion.

When he writes and talks about cycling, it’s different to other sports. It’s personal. He understands what it takes for a young cyclist to arrive at a crossroads where you stick a needle into your arm. He gets enraged with a sport where young men have lost their lives to the scourge of doping. He loves this sport. He hates this sport. Welcome to the complex world of ROUGH RIDER.

In the mid 1980’s, Paul Kimmage was part of Ireland’s golden age of cycling. Riding alongside World Number One, Sean Kelly, and Tour de France winner, Stephen Roche. Kimmage was the next up-and-coming star. But, after his third Tour de France, in 1989, he walked away, disillusioned with the sport he loved. Within twelve months, he became a journalist and wrote his first book ‘Rough Ride’ which broke the code of omertá (silence) in cycling. He was the first former cyclist to spill the beans about doping. That decision was to change his life.

Today, Kimmage is a multi award winning author and one of the most outspoken sports journalists in the muddy world of professional cycling. He is looked upon with disdain by fellow journalists and many within cycling, including former hero Lance Armstrong. Kimmage is also involved in legal wranglings with the UCI, the world cycling governing body. His passionate stance against doping has brought a combination of admirers and enemies. Over the last 23 years, former teammates have spat in his face, described him as a failed athlete and accused him of jealousy and bitterness. He became a hate figure with many seeing him as a traitor, a snitch, and a whistle blower. His pursuit of cleaning up cycling has cost him some of his closet friendships and put severe pressure on his career as a journalist.

This documentary feature film brings us into the beautiful and often shocking world of professional cycling. Told against the backdrop of the fall of Lance Armstrong and the 2013 Tour de France, we follow Kimmage as he deals with his demons and his legal battles as he makes his way around the exhausting Tour de France circuit in his campervan, with his wife at the wheel. While attending press conferences, door stepping cyclists and watching the emergence of a new generation of stars led by race favourite Chris From from Team Sky, Kimmage is in search of answers to difficult questions. Will he find out if the sport he loves can move on and fully rid itself of its doping culture or are the stakes just too high?