Portrait Of A Gallery 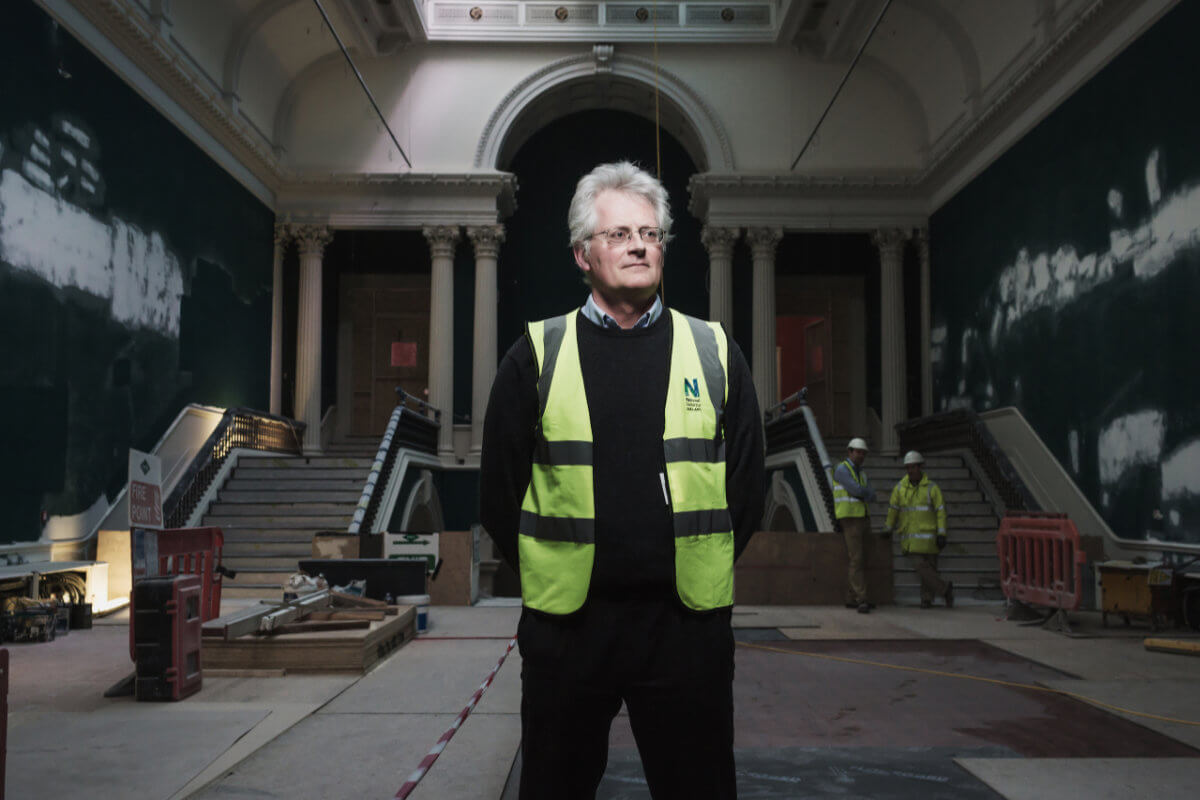 In 2011, the National Gallery of Ireland closed its doors at Merrion Square, and two thirds of the building, to begin one of the largest refurbishment projects in the history of the state. Six years later, after numerous delays and costing close to €30million, the NGI finally reopened the historic Dargan and Milltown wings in June 2017.

This special observational documentary film secured unique access inside the walls of the National Gallery of Ireland, the nation’s most visited cultural attraction, while the institution goes through huge change. If ever there was a time to have cameras in the gallery, during its 150-year history, this was it.

Three and a half years in the making, director Adrian McCarthy and Wildfire Films observed the day-to-day running of the institution while witnessing the transformation of the dilapidated historic Dargan and Milltown wings. A mammoth challenge for architects Heneghan Peng, the Office of Public Works and the construction team as they attempt to feed modern services beneath a protected 150 year-old and 110 year-old building, while also opening up new spaces never-before-seen by the public.

Throughout this formidable construction project the gallery decided to keep its Clare Street entrance open and created a buffer zone between the noisy building project on one side of the wall and the smaller busy public galleries in the Beit and Millennium wings on the other. Over the life of this transformation we get to know director Sean Rainbird and members of his team as they deal with over 700,000 yearly visitors while planning on-going exhibitions and preparing the collection for the largest re-hang in the Gallery’s history.

We spend time with colourful head curators Adriaan Waiboer (Head of Collections and Research), Brendan Rooney (Irish Art) and Adrian Le Harivel (British Art) as they meticulously prepare for months in advance of the re-hang. Between them they are responsible for the layout of the majority of the 650+ paintings, which will hang in the newly refurbished galleries.

There are many surprises and unknowns when dealing with old listed buildings like the Dargan (built in 1864) and Milltown (built in 1903), especially when the plan is to dig beneath unchartered basement foundations in order to feed through modern services. All of this happens under the watch of award winning architects Heneghan Peng. Kasia Turza-Rachwal, Supervising Architect; “The most important issue that needs to be resolved is the environment of the existing buildings as there were big fluctuations in terms of temperature and humidity, that caused damage to the paintings and the gallery couldn’t continue like that”.

The John Paul Construction site manager is colourful Dubliner John Francis “I’ve often said the title of refurbishment can be very deceiving, it gives the impression we’re doing a little bit of plastering and a touch of paint here and there but I think the internal re-build of the National Gallery of Ireland would have been more appropriate”.

We witness the opening up of the large impressive Victorian windows in the lower galleries, which were blocked up in the 1960’s to create more hanging space. The impact on these rooms with the influx of natural light is staggering. We find out what happens when the demolition team accidentally come across a deep water well beneath the Milltown structure. Perhaps the greatest surprise of all is the creation of a new sculpture courtyard between both buildings. This previously concealed space will likely become one of the highlights as the gallery re-opens.

On 14 June 2017, the day has finally come with An Taoiseach officially opening the newly refurbished National Gallery of Ireland. Within 24 hours the Irish public finally get their chance to return to their beloved Dargan and Milltown wings. It has been a long wait. Was it worth it?

A DVD of the film is available directly from Wildfire Films. Feel free to send us an email to info@wildfirefilms.net

A Wildfire Films Production, with the support of the Broadcasting Authority of Ireland, for RTÉ

A brilliant piece of art criticism, in this documentary, the National Gallery gets a depiction worthy of its renovation.

Anyone with an interest in renovation or art should watch this fascinating documentary.

Late in this excellent documentary, one of the curators at the National Gallery of Ireland describes his process in simple terms. “By putting pictures next to each other, they form a narrative. You see things you wouldn’t see otherwise.” That is as fluent and incisive a précis of Portrait of a Gallery as as you are likely to find.