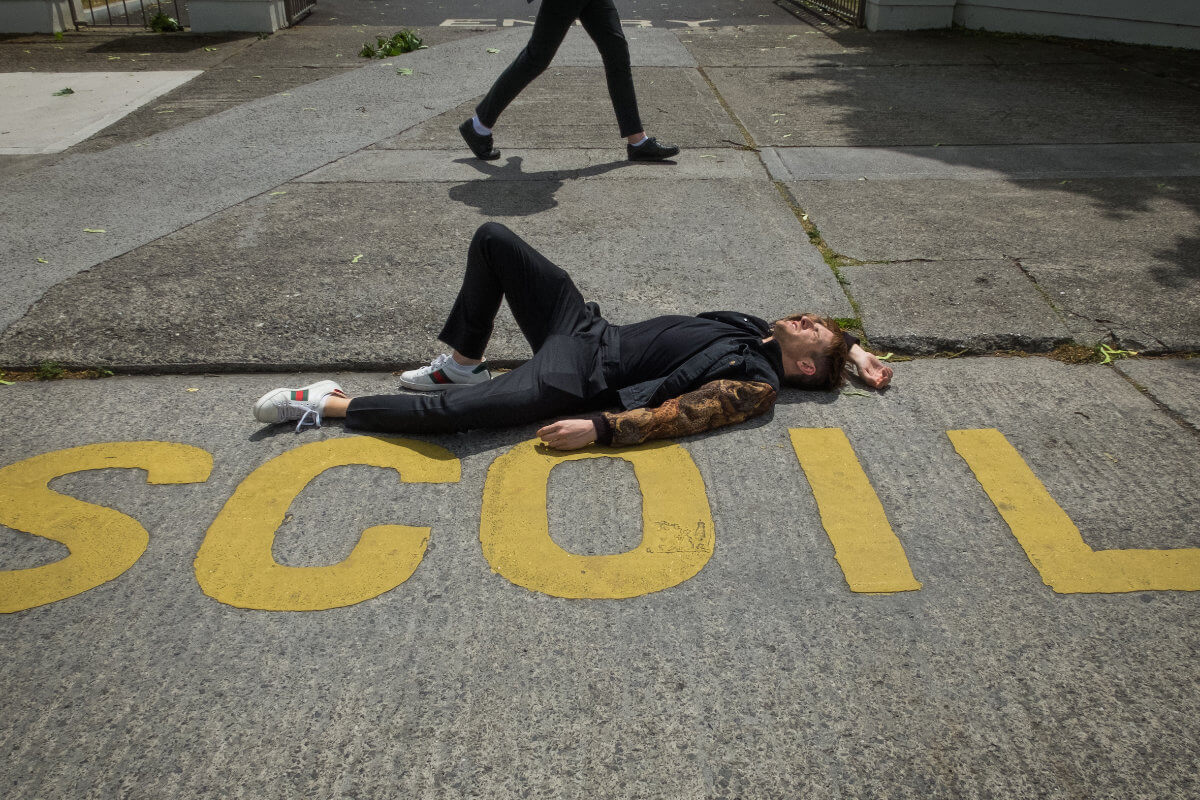 In this honest, raw one-hour documentary, RTE Radio 2FM presenter Stephen returns to school to attempt the same seven honors subjects he studied first time around in 2009.
He describes his first Leaving Cert year as one of the worst of his life. He had moved school, was struggling to come to terms with his sexuality and, as one of Ireland’s first YouTube stars, had started working in RTÉ.

Combined with the usual helping of teenage angst, the recipe resulted in disaster. And so he never actually opened his results; he ran home and shredded them instead ! In the years since he has felt that he let himself and his parents down. But he also thinks that the system failed him in some way too.

In September, 2017, Stephen Byrne decided to go back to do the Leaving Cert again and to find out if he’d fare better, second time around and a bit more mature. Could he take this on successfully in just one year and with the aid of night classes while, at the same time, holding down a frantic day job in broadcasting ?

This Wildfire Films documentary is a revealing and intimate insight into a rollercoaster year in Stephen Byrne’s life.

Nine years older than most of his classmates, Stephen starts to feel the strain of studying for exams and experiences a real insight into the wave of pressure faced by many of todays students. And he’s left wondering if The Leaving Cert is in fact detrimental to those many young people struggling with the expectations from schools and parents.

He visits The Samaritans, who talk about the increase in calls they receive every year in the run up to exams and to the release of the Leaving Cert results. And while returning to his old school, Stephen revisits a turbulant year [2009] when he struggled to come to terms with his own sexuality; ‘I lay in bed praying, even though I didn’t know who I was praying to, that I wasn’t gay’.

From September, 2017, through to June, 2018 Stephen does his best to study seven honours subjects at night while juggling a workload that involves travelling to The Oscar ceremony in Los Angeles and interviewing the likes of Oprah Winfrey and Stephen Spielberg.

Peppered with flashbacks to his teenage years, the 10 months prove to be a testing experience. And concludes with the opening of his 2018 and 2009 exam results in August. Will it all be worth it?