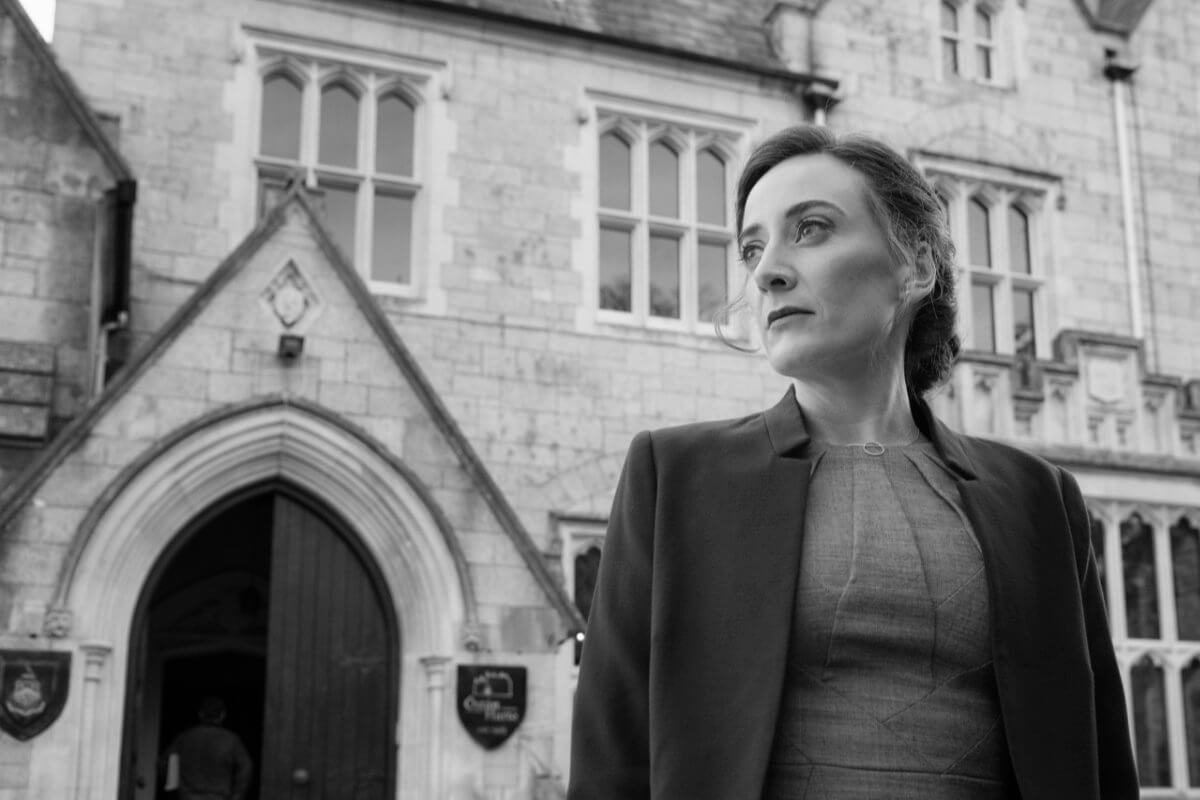 Grace and Leo Harte, both in their 40s run a crumbling hotel on the West Coast of Ireland. Grace feels she is stranded in a passionless marriage. She feels that by upgrading the hotel they might inject new life into their relationship. The hotel, Ostan Harte, has been a fixture on the landscape for many years.

Leo sees no need to upgrade the hotel and seems consigned to the state they are in. Where Grace sees stasis, Leo sees stability. At the beginning of the series we see Grace, Leo, and Leo’s elderly mother shutting down the hotel for the season as Winter approaches. It’s a ritual that appears will go on forever. But we soon learn this is the last year they will ever do this as a series of catastrophic events are set in motion.

The catalyst for these events is Danny, a young surfer, who sets up a surfing school on the beach adjacent to the hotel. Danny is young, ambitious and eager to plug into the benefits provided by modern tourism and the Wild Atlantic Way.

Grace meets Danny and finds, despite the age gap, they are of like mind. She tells Danny how trapped she feels and that at times she wishes she was rid of Leo. Danny grants her wish and conspires in Leo’s murder. For a time, Leo is missing presumed dead. But it turns out Leo has survived the attempt on his life. He returns to exact revenge on Danny and to find out if Grace was party to the crime.

Events take an unexpected turn, which result in Danny’s death and Grace’s incarceration. Finally, we learn that the whole story is being told to us by Grace from her prison cell.

A Wildfire Films Production for TG4. Funded by the Broadcasting Authority of Ireland with the Television Licence Fee and produced with the support of incentives for the Irish Film Industry provided by the Government of Ireland.

One of the year’s most confident domestic productions.

Beautifully shot, has a good script and excellent performances.