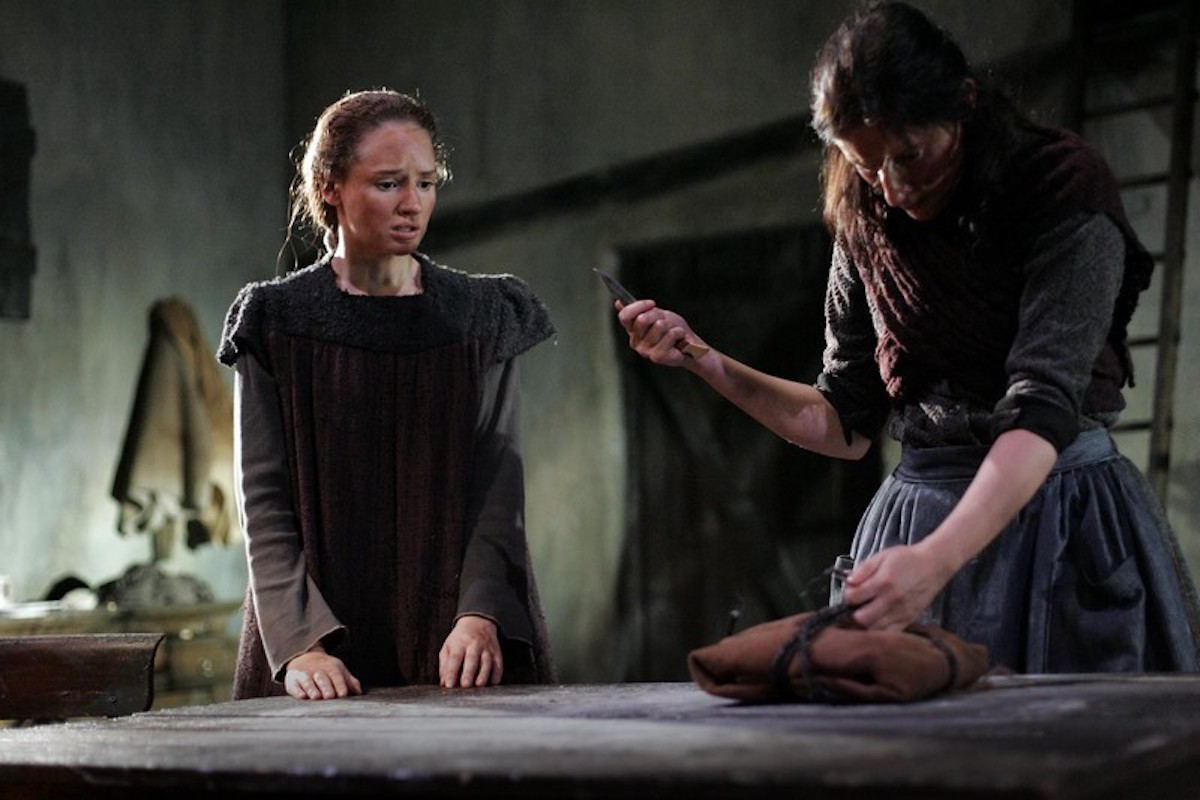 In the summer of 2005, Druid Theatre Company presented the first ever staging of John Millington Synge’s entire theatrical canon. This ambitious collective presentation of all six plays in the same day fulfilled a long-term artistic commitment by Druid’s artistic director Garry Hynes to re-evaluate and re-engage with one of Ireland’s dramatic giants. This mammoth project was filmed live by Wildfire during production and is showcased in a must-have collection.

The DruidSynge DVD box set is a beautiful showcase of the staging of all six of J.M. Synge’s plays. It includes Mighty Talk, a behind the scenes documentary about the production, Playboys And Rebels, which examines the controversy surrounding the 1907 premiere staging of Playboy at The Abbey Theatre, and an In-Conversation piece between Garry Hynes and Ann Saddlemeyer (world leading Synge expert) at the Synge Summer School in 2007.

A DVD of the film is available directly from Wildfire Films. Feel free to send us an email to info@wildfirefilms.net

Made with the support of the Broadcasting Authority of Ireland, Culture Ireland and the Irish Film Board for RTE

A massive project and a beautifully executed one

To put it simply: DruidSynge Garry Hynes’ production of all six of John Millington Synge’s plays together on the same day, is one of the greatest achievements in the history of Irish theatre