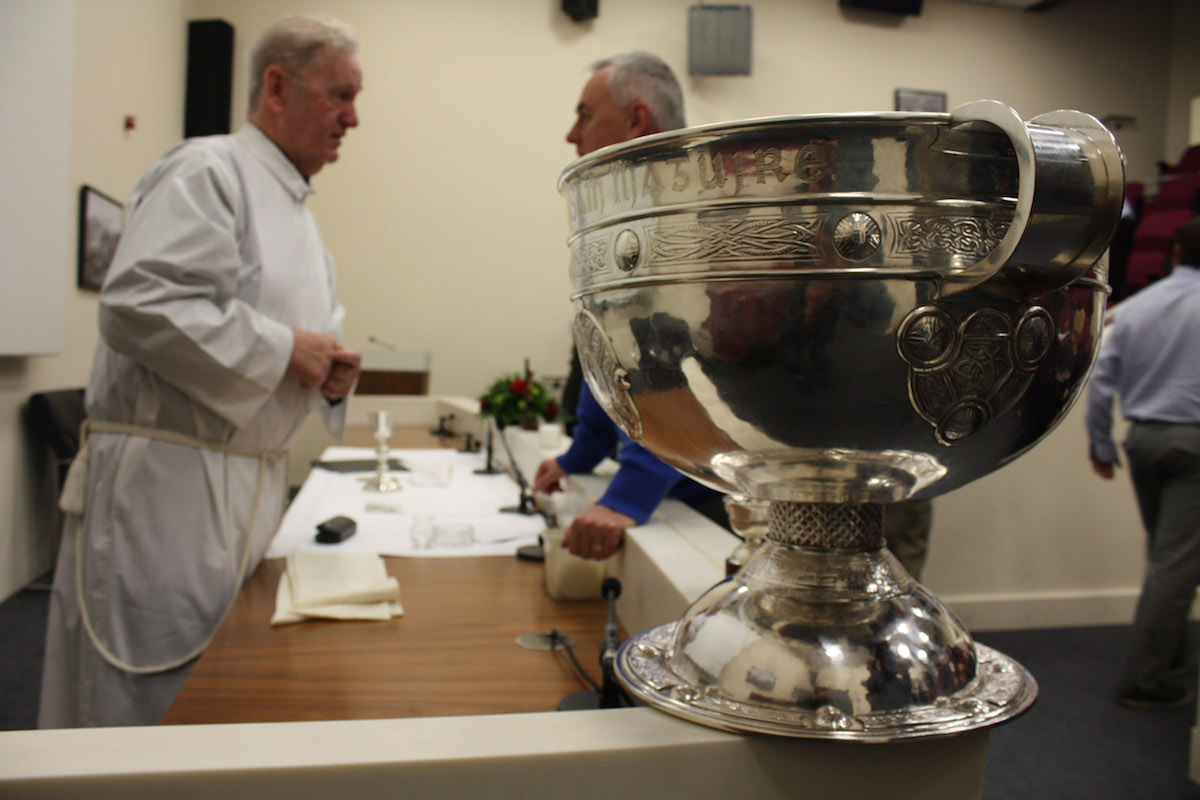 The All-Ireland Football Finals, September 2009. On the pitch, a ferocious battle for the Sam Maguire Cup. In the stands, 82,000 spectators cheer and weep. And behind the scenes, Peter, Pat, Robert, Shakila, Lenny, Pauline, Frank, Séamus, Amy and their two thousand colleagues make it happen.

They cook, they steward, serve and police, pump up the balls and prepare for the pitch invasion. They race around, wait patiently, stay cool in the face of medical emergency, watch security monitors like hawks and occasionally lose the rag. And they tend the field of play as if it was the most precious surface in the world.

Croke Park Lives takes us into the kitchens and canteens, reveals the secrets of the event control room, slips into briefings and down tunnels, into a place we’ve never been before, backstage at the All-Ireland. It brings us to meet the people of Croke Park and, for an hour, become part of one day in their lives.

A Wildfire Films Production, with the support of the Broadcasting Authority of Ireland, for RTÉ