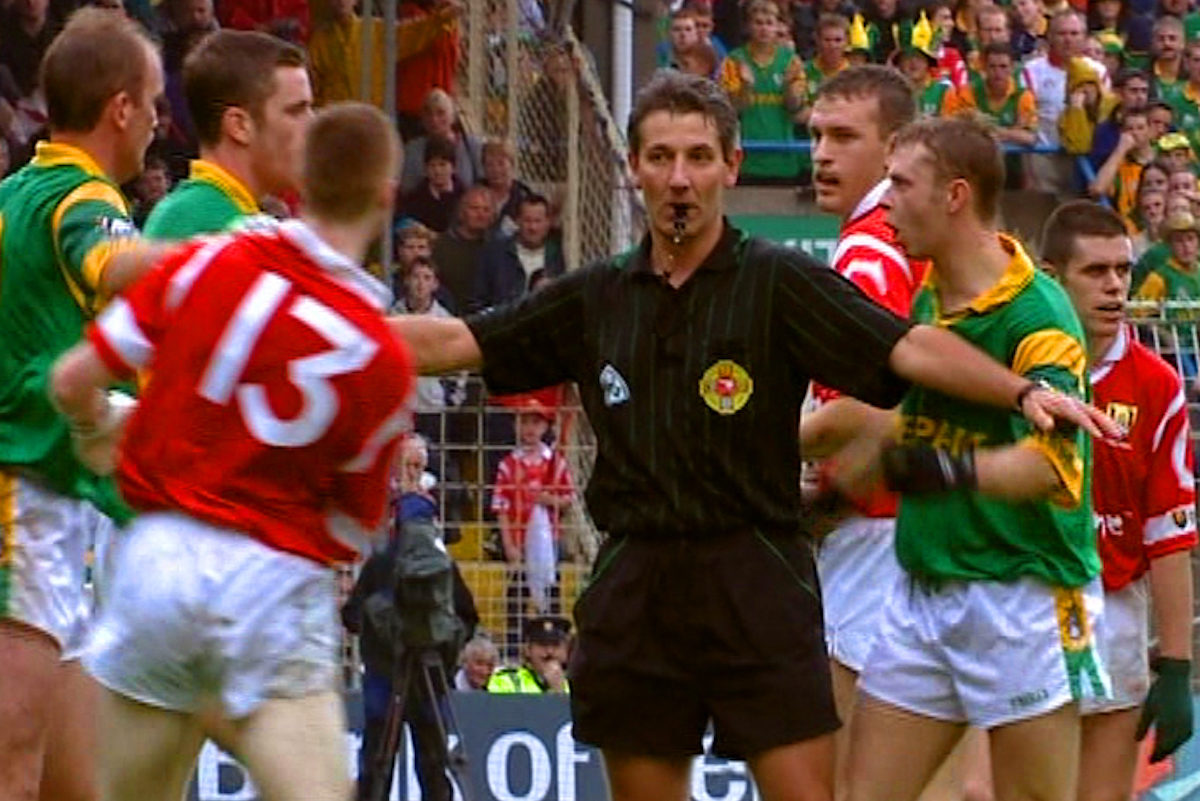 This documentary looks at the trials and tribulation of being an Irish Gaelic Football referee. For the first time referee’s wear microphones and cameras are given total access into the lives of two of the top referees in Ireland as they proceed through the 1999 GAA championship season.

We follow Pat McEnaney, a salesman from Monaghan and Michael Curley, a Garda Superintendent from Galway as they take charge of some of the biggest sporting events in the Irish calendar.

We witness many compelling images of life on the edge for these peace keepers. The documentary is a compelling study of humour and honesty but above all humanity with strong words from both referees and their wives, for whom match days are to be endlessly endured, not savoured. Unpaid and largely unappreciated, the plight of the referee is unzipped with wit and sensitivity and brings us on a journey never previously taken, exposes us to voices never previously heard.

A revealing, beautifully made look behind the scenes at being a top GAA referee

You could smell the blood, sweat and tears in this highly crafted and often very funny portrait of men under pressure. Great stuff